Nicole’s mother was an addict and she was adopted by a Christian family. She was raised in Rootstown and in counseling from a young age, as to prevent her from becoming her mother. She started smoking weed at 16 and went to rehab at 18. She started doing meth and went cold-turkey when she found that she was pregnant at 19. She got into a bad relationship, after giving birth to her child, that ended violently. Her daughter was a year and a half old when her parents were given full custody, seeing that she was going to a dark place. At 21 she became addicted to opioids, an addiction that lasted for 7 years.

Nicole discusses how opioids affected her life and her relationship with her daughter. “It took my soul. I was incapable of emotions. I remember my child holding onto my leg at three at Christmas and pulling her off me, because the drug was more important than spending Christmas with my child. My body was there, but I was gone mentally,” says Nicole. “I was arrested 18 times, incarcerated 496 days all together. I spent 2,556 days getting high.”

Like most drug addicts in recovery, it was hard for Nicole to come clean. When asked why she couldn’t get into treatment, Nicole explains the hurdles of getting into treatment. “The justice system just kept releasing me. They kept letting me out to the same people, places, things. I couldn’t get into treatment,” says Nicole. “You had to call the treatment center every day. You had to be on that waiting list. You had to have insurance. It seemed like there never was a bed available when I would call. Sometimes nobody answered at this place. When they don’t answer, your next call is your drug dealer.”

Nicole discusses her lowest point, when she prayed for an overdose death every day. “I was on house arrest. I don’t know why I stayed clean after NEOCAP, one of Ohio’s supposed top treatment centers. I was nine months clean when I relapsed in March 2013. I thought I could inject $5 worth of heroin because my tolerance was down. But I didn’t by heroin, someone gave me fentanyl instead,” says Nicole. “It burned every vein in my body. It was fire going through. I knew I was dying. This was different. When I came to, they were working on me. They released me and the next day I went to probation and asked them to put me in jail. I just couldn’t handle it.”

Going to prison, for the last time, was a blessing for Nicole. She discusses her detox in prison and how it saved her life. “When they put those shackles on me, I knew I was free. I was ready not to get high anymore. CCA, Community Corrections Association in Youngstown, did the best job,” says Nicole. “They taught me how to manage my money. They helped me get a job and my own place. They built me up. They showed me love. They showed me that I could do it.”

Nicole talks about her introduction to PAARI and how she got involved with the initiative. “I wanted to move on with my life, pretend that I was never addicted to heroin and be a normal society member. However, my friends were dying. I was watching the overdose rate rise. Why doesn’t somebody do something? I decided I could be someone and do something,” says Nicole. “I was online and saw Chief Campanello launch this program, The Police Assisted Addiction and Recovery Initiative, in Gloucester, Massachusetts. I reached out to him, not thinking he would respond. He flew out and was my guest speaker at an event in Youngstown. Then he flew me out and trained me at his police department. I went from working minimum wage at a hotel to spending the rest of my free time going to police departments, letting them know there’s a tool that takes out the crime of addiction.”

“If this was available 7 years ago, would I have gotten clean? I don’t know. I can’t say that. But I knew that if there is an option that somebody can turn themselves in and not go to prison or jail, I want somebody to have that chance that I didn’t have.” 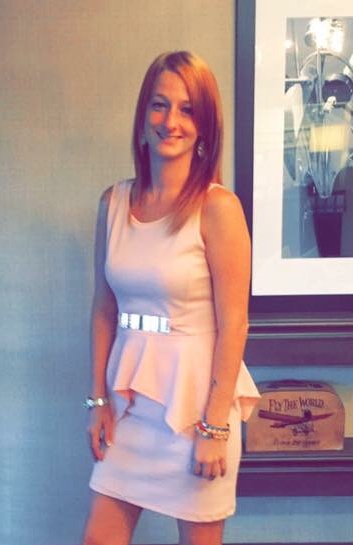