Jim Cahoon was born in Akron, Ohio and graduated from Firestone High School (1972), Washington and Jefferson College (BA in Political Science-1976) and the University of Akron (MA-1989). Jim taught Social Studies in the Akron Public Schools (primarily at Buchtel High School) from 1976-1989. He was a Coordinator of Pupil Services from 1989-1993, Black River High School Principal from 1993-1995, Black River Superintendent from 1995-1999, and Bay Village High School Principal from 1999-2011. Jim is married to Deb and has three grown children (Kyle, Erin and Kate). Deb and Jim are blessed to have 7 grandchildren. Jim’s interest in the Opioid Epidemic comes from the deaths of twenty former students due to this medical emergency, his Foundation work at MetroHealth and his general love of children and his keen interest in the problems they face growing up. Jim’s direct involvement in Preventure coming to Bay Middle School was through his relationship with Principal Sean McAndrews, and the school’s/community leaders’ interest in developing a program to address the topic. 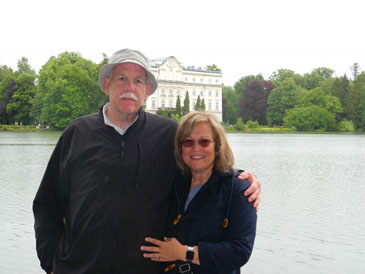