Greg asks Michael about how the app came into being and why he feels it will be so useful in the fight against the opioid epidemic.  Michael explains that during his years as a prosecutor, he’s seen firsthand how important the community is in preventing and solving crimes. “[The community] is instrumental in helping us solve crimes and in many instances, preventing crimes. So what happened is that I met an individual named Todd Schobel, who is the CEO and Founder of STOPit Solutions… It is an app that was originally designed for schools as an anti-bullying app and it enables it’s users to report activity anonymously via a text message. And likewise it provides two-way communication between the user and the individual on the receiving end. And in the capacity that we’re using it – we’re pushing it out to our community members and encouraging them to download it. It is a free app and we hope that by them downloading it and using it, they will be at the forefront – boots on the ground, if you will – providing us information, whether it’s about the heroin or opioid epidemic to things such as most recently in our county where we experienced a homicide.  So, again, the community is vital in providing information to law enforcement, and we’re hoping with the introduction of this STOPit app that that will be one of many investigative tools at our fingertips.”

Listen to the podcast to discover how the Somerset County’s Prosecutor’s Office hopes this app will encourage community members that are unlikely to speak out finally report what they see; enabling law enforcement to be proactive rather than reactive. 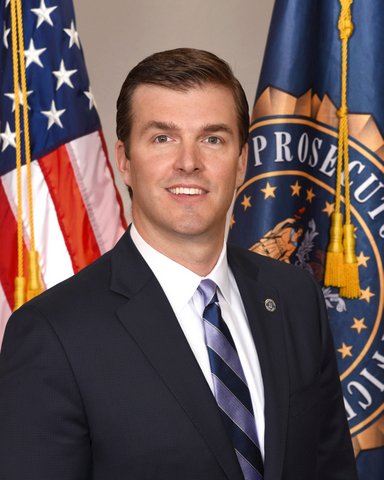 Michael H. Robertson is the Somerset County Prosecutor in Somerset County, New Jersey. Mr. Robertson previously served as an Assistant United States Attorney in the District of New Jersey (Newark Office) from 2008 to 2016 and was assigned to the Organized Crime/Gang Unit, tasked with investigating and prosecuting organized crime and gangs for murder, narcotics trafficking, gun trafficking, bank fraud, mail and wire fraud, money laundering and other violations of RICO.

Mr. Robertson has received recognition awards from the FBI, ATF, DEA, Dept. of Homeland Security, U.S. Secret Service as well as state and local law enforcement agencies for his work on variety of prosecutions. Mr. Robertson earned his Bachelor of Science in Criminal Justice from the Pennsylvania State University in 1999. He then earned his juris doctor from Hofstra University in 2002.