In 2016, more than 63,000 people died of drug overdoses in the United States, more than triple from 2000. Among the many cities that are affected by this crisis, Philadelphia has been drastically affected. Greg is joined by Dr. Tom Farley, the Commissioner of the Philadelphia Department of Health. Dr. Farley says that the opioid epidemic has surpassed the AIDS epidemic that was sweeping Philly in the 1990’s and surpasses the amount of deaths from the entire Vietnam War.

Since Dr. Farley is the Commissioner of the Philadelphia Health Department, he considers himself the “doctor” of the city and is on a mission to help illuminate how Philly can take an active role in combating this epidemic through harm reduction programs. He says that they surveyed the general population of the city and found out that one-third received opioid prescriptions, and 1 in 7 were currently taking opioids. Many of those are predicted to graduate to heroin.

They started a plan in the Fall of 2016 to find new ways to help the city control the epidemic and prevent people from dying. The Mayor appointed about 20 task force members which were joined by 150 people that have been affected by the opioid crisis to come up with recommendations. After much hard work, there were 18 recommendations that were concluded from the committee to help their city and communities. The final report and 18 recommendations will be published along with this episode.

Some of the recommendations include prevention, education, low-barrier housing, medical intervention, and overdose prevention (to name a few). Listen and learn more about the plans for the city of Philadelphia, along with other controversies they think will lead to positive change during this national crisis 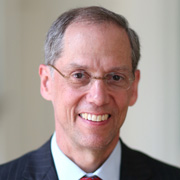 In 2015, Dr. Farley was the CEO of The Public Good Projects. He was Commissioner of Health for New York City from May 2009 to January 2014.  In that position, he advocated for groundbreaking public health policies in New York City, including making the city’s parks and beaches smoke-free, prohibiting price discounting of cigarettes, raising the legal sales age of tobacco to 21, capping the portion size of sugary drinks sold in restaurants at 16 ounces, and restricting the burning of air-polluting dirty fuels to heat buildings. During Dr. Farley’s time at the agency, the New York City health department led the National Salt Reduction Initiative, which has successfully worked with major food companies to reduce sodium levels in food nationwide. Dr. Farley used mass media to deliver powerful messages to promote health behaviors, including creating the “Pouring On the Pounds” sugary drink ads on subways and televisions, introducing the “Two Drinks Ago” campaign to reduce binge alcohol drinking, and developing a series of hard-hitting ads on the health consequences of smoking.

Trained as a pediatrician, he served in the Centers for Disease Control’s Epidemic Intelligence Service and worked for the CDC and the Louisiana Office of Public Health from 1989 to 2000.  In 2014 he was the Joan H. Tisch Distinguished Fellow in Public Policy at Hunter College.

CUES: The Latest Effort in the Battle Against the Opioid Crisis