Ep. 192 – Has the Data on the Opioid Epidemic Been Distorted?

We’ve all heard the statistics that 64,000 people lost their lives to drug addiction in 2016. It is extremely startling considering that this is more than guns, HIV infection and automobile accidents. These same statistics have been used to shape a narrative in America that over prescribing opioids is the primary cause of the opioid epidemic. But what if these statistics are wrong and the laws restricting opioid prescribing practices are making matters worse rather than helping to solve the problem.

Greg’s guest today is a scientist who picks data apart that concluded the evidence does not support the conclusions and policies driven to address the opioid epidemic. Dr. Josh Bloom joins him to discuss the concerns of the data being skewed. Dr. Bloom is the Director of Chemical & Pharmaceutical Sciences at the American Council on Science & Health. Bloom believes the 64,000 statistic is flawed and there are other factors at play in the opioid crisis. 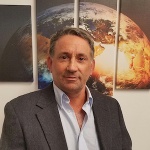 During this time he conducted research in a number of therapeutic areas, including diabetes and obesity, antibiotics, HIV/AIDS, hepatitis C, and oncology. His group discovered the novel antibiotic Tygacil®, which was approved by the FDA for use against resistant bacterial infections in 2005.

He is the author of 25 patents, and 35 academic papers, including a chapter on new therapies for hepatitis C in Burger’s Medicinal Chemistry, Drug Discovery and Development, 7th Edition (Wiley, 2010), and has given numerous invited lectures on how the pharmaceutical industry really works.

Dr. Bloom joined the American Council on Science and Health in 2010 as ACSH’s Director of Chemical and Pharmaceutical Sciences, and has published about 40 op-eds in numerous periodicals, including for The Wall Street Journal, Forbes, New Scientist, The New York Post, National Review Online, The Boston Herald, and The Chicago Tribune. In 2014, Dr. Bloom was invited to become a featured writer for the site Science 2.0,  where he wrote more than 75 pieces on a broad range of topics.

American Council on Science and Health : The Opioid Epidemic In 6 Charts Designed To Deceive You

American Council on Science and Health : The CDC Quietly Admits It Screwed Up Counting Opioid Pills