It is estimated that there are currently between 35,000-50,000 active online drug sellers today. Many of these companies are even selling medication without requiring an evaluation from a physician. The World Health Organization has cited that 50% of all online prescription medication is actually counterfeit and is even sold by websites that hide their physical address. Counterfeiting pharmaceutical drugs is a public safety threat that affects us on a global scale and is estimated to be worth roughly $75 billion. Patients that have purchased unsafe medicine from any of these illegitimate sources have been harmed, and in some cases killed.

For this week’s podcast, Greg spoke with Marjorie Clifton, Executive Director of the Center for Safe Internet Pharmacies. Founded in 2011, this diverse group of internet service providers and technology companies have taken on the global fight against selling illegitimate medication over the internet. Hear how this crisis has even spread to the “dark web” and is threatening the safety of online pharmaceutical sales. 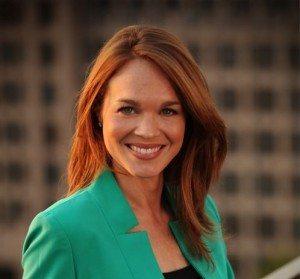 Marjorie Clifton is Executive Director for the Center for Safe Internet Pharmacies (CSIP) and has been helping develop international awareness and policies around illegitimate medicines since 2011.

In her role with CSIP she has built global coalitions, communications strategies and campaigns to drive impact and awareness on a range of issues impacting consumers, corporations and global citizens.

Marjorie has helped stand up global organizations supporting CSIP’s mission and participates in an Asia-Pacific Economic Cooperation (APEC) working group. She is also called upon regularly to speak on the topic of online counterfeiting and consumer protection at industry conferences, government stakeholder meetings and international forums such as the U.S. Department of State, U.S. House of Representatives, the U.S. Department of Trade, U.S. Department of Commerce, the Global Trade Organization, U.S. Chamber of Commerce, APEC, the Internet Corporation for Assigned Names and Numbers (ICANN) and Merchant Acquirers’ Committee (MAC). Ms. Clifton is also a published author and media commentator, appearing regularly on CNN, Fox, NBC, MSNBC, PBS and global radio.

Marjorie received her bachelor’s degree in Communications and Spanish from the University of Texas.  She received her master’s from Drama Studio London.  She is currently a fellow and advisory board member for the Annette Strauss Institute for Civic Participation at the University of Texas and serves on the board for the School of Undergraduate Studies.  She is also an executive board member of the non-profit Running Start, and a founder of their Next Step program, which trains young women in career development and politics.