The lifestyle of the music industry has proven deadly for so many people over the years. Wikipedia lists the names of over 100 pop artists who have lost their lives to overdose since the 60s.  Greg’s guest today knows the story all too well having been the lead guitarist for Joan Jett and the Blackhearts during their hey-day. Ricky Byrd was living the life of a rock star until he almost lost his life and decided it was time to get clean.  Today, Rock and Roll Hall of Fame-inductee Ricky Byrd has been clean and sober for thirty one years. Over the last few years Ricky realized he could combine his music and recovery to create songs that are useful to people struggling with addiction.

The result is Clean Getaway, both the name of a 501(c)(3) non-profit Ricky founded to reach addicts through the connective power of music, AND a brand new album of songs related to his experience with addiction and recovery. Ricky talks with Greg about his brush with death, recovery and using his platform to give back and help others find sobriety. 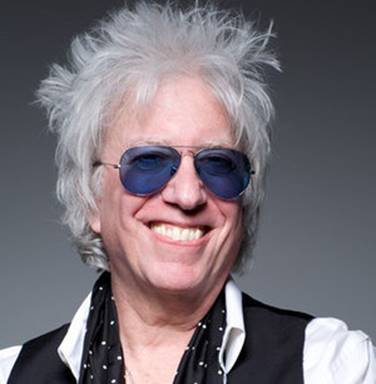 Ricky Byrd is first and foremost – a man living in long term recovery. He also happens to be part of rock ‘n roll royalty. He is a well-recognized musician who was inducted into the Rock and Roll Hall of Fame as the lead guitarist and former original member of Joan Jett and The Blackhearts. Ricky played with Joan from 1981-1992, and has also recorded or toured with Roger Daltrey, Ian Hunter, Southside Johnny and many other talented musicians since that time.

Ricky most recently has been combining his love for music with his passion and mission to help carry the torch of change surrounding the stigma of drug and alcohol use. He hopes to break down the barriers and spread the message of hope, education, awareness and addiction resources to his audiences. Using the healing powers of music as a touchstone, Ricky likes to motivate those early in recovery or still struggling, along with their family members. Whether it’s through his various speaking appearances, concert events, music outreach sessions, small recovery music groups, or prevention programs, Ricky is dedicated to inspiring change.

As a songwriter, who now often focuses on recovery lyrics, Ricky moves people to laugh, cry and think. He’s played his songs in the most intimate of rooms as well as to hundreds of thousands all over the world. He recognizes the power of the word and the music and often combines both into a message of hope and encouragement for sobriety.

Ricky can contribute to an event by sharing famous rock ‘n roll stories in a keynote address or by performing recovery music from his latest CD, Clean Getaway. There is also a special place in his heart for smaller group settings where he can play acoustic guitar and clearly see the faces, tears, smiles and struggles up close. Ricky feels that music therapy and the open discussion that follows can lead broken souls to find that little bit of happiness – and encouragement they need to move forward.

He presents on the benefits of a sober lifestyle and likes talking to youth, who are at that age, where pressures and experimenting can often lead them down a crooked and deadly path. Ricky takes pride in also educating those individuals  in our communities that are somehow unaware and uninformed of the deadly drug and alcohol pandemic we are facing in this country.

In 2017, Ricky received the Drug Free Heroes Award, presented by Foundation For a Drug free World. He is proud to help others find a message and purpose to getting clean and sober.

The Beatles on “The Ed Sullivan Show”

The Rolling Stones with Dean Martin on “The Hollywood Palace”