On July 15th, DEA data covering 2006 to 2012 American opioid sales, was released to the public. The ARCOS data revealed the distribution path of every oxycodone and hydrocodone pill sold in America.  A trail of opioids from manufacturers to distributors, to pharmacies, to patients. Undeniable evidence for their responsibility for the opioid crisis.

Big Pharma didn’t hand this “smoking gun” for the opioid epidemic over easily. It wasn’t until the Charleston Gazette-Mail, and Washington Post prevailed in a fierce legal battle that ARCOS data was released. However, this was just one fight in a struggle that began long before knowledge of this crucial evidence existed.

In part one of this two-part series covering the history of the ARCOS data, you’ll learn how an underdog journalist’s relentless pursuit of the truth succeeded, despite insurmountable odds.

Our story begins with Patrick McGinley, and Suzanne Weise, lawyers and Professors of Law at West Virginia College of Law. Hired to help investigative journalist Eric Eyre gain access to DEA and Big Pharma court records, they’ve joined us to share their role in the fight against the opioid epidemic. 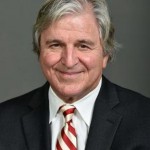 Professor Patrick McGinley is a graduate of Dickinson College and the Duke University School of Law where he was a member of the Duke Law Journal Editorial Board. Professor McGinley served as a law clerk to a Justice of the Supreme Court of Pennsylvania and as a Special Assistant Attorney General, Commonwealth of Pennsylvania Environmental Strike Force. In the latter position he was engaged in environmental enforcement and mine safety litigation. 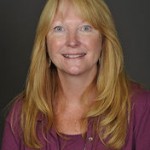