Last time on the Cover2 Podcast, David Siegel, the CEO of Westgate Resorts, shared how the opioid epidemic changed his family forever when it took the life of his daughter Victoria.

With a new purpose, David decided to tackle the pandemic head-on, meeting with several of our nation’s leaders responsible for solving the crisis. He quickly learned they weren’t close enough to the issue to make any real change.

Shifting tactics, David took to traveling the country. He met with people struggling with addiction, and others in recovery, learning as much as he could about the epidemic from the front lines. He quickly became an expert in the field and took his fight to Congress, aiming to make rapid, meaningful change.

In part two of this two-part series, David shares the story of what happened after he testified before congress. As you’ll hear, it didn’t take long for things to begin happening.

Guided by an unparalleled sense of urgency, David’s mission to stop kids from using drugs before they start, took shape in less than a week.

Join us for the conclusion of David Siegel’s story, as he shares his vision for a new, national prevention program he and his team will officially launch in Las Vegas next month.

To learn how you can become a part of that change, visit the Victoria Siegel Foundation’s website. There you can find information on David Siegel’s new National prevention program, Victory Clubs, and it’s launch at his Gala at the Westgate Resort in Las Vegas on October 25th. 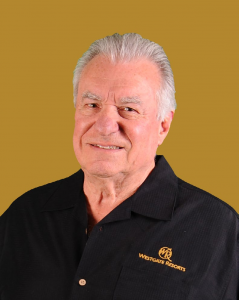