This past August, we started our two-part series covering the public release of the ARCOS data, the DEA’s virtual roadmap to the opioid epidemic. Today, we finish that coverage with Washington Post Investigative Reporter Scott Higham.

Scott is a Pulitzer Prize-winning member of The Post’s investigations unit.  Since joining The Post in 2000, he’s examined conflicts of interest on Capitol Hill, the origins of the opioid epidemic, and much more.

With his expertise, Scott guides us through an in-depth look at the ARCOS data. We discuss what communities were hit the hardest, how this data was hidden from the public, and the people you never knew were involved.

With so much information it can be difficult to pinpoint who’s responsible. Scott provides some much-needed clarity, but ultimately, only you can decide. 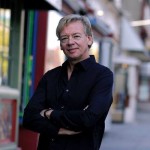 Scott Higham is a Pulitzer Prize-winning member of the investigations unit of The Washington Post. Since joining The Post in 2000, he has examined the deaths of foster children, waste and fraud in Homeland Security contracts, the treatment of detainees at Guantanamo Bay and Abu Ghraib prisons, and conflicts of interest on Capitol Hill. He has also investigated the offshore banking industry; allegations of misconduct against Bill Cosby, Brian Williams and Roger Ailes; and fraudulent and wasteful spending in Iraq and Afghanistan by a Washington-based nonprofit. In addition, he examined fatal police shootings and the civil consequences for families and municipalities, the hunt for missing Malaysian Airlines Flight 370, Marco Rubio and his family connection to a cocaine kingpin, the rise of the Islamic State and its use of U.S. social media, the murder of Chandra Levy and the causes behind the opioid epidemic, among many other projects.

Before joining The Post, Higham worked for the Allentown Morning Call, the Baltimore Sun and the Miami Herald, where he handled local government beats, criminal courts and investigative assignments. In a previous life, he worked in an electronics factory on Long Island, wiring and soldering circuit boards for F-15 fighter jets. He left the assembly line to attend Suffolk Community College, Stony Brook University and the Columbia Graduate School of Journalism before heading off to the Leigh Valley of Pennsylvania to begin his reporting career.