In August, a closely watched Oklahoma opioid trial concluded. Johnson & Johnson was found guilty of deceptive marketing practices and causing a public nuisance, and the judge subsequently awarded the state $572 Million to cover the first year of abatement.

However, the judge later announced he had made a $107 million miscalculation. Instead of $572 million, the amount awarded to Oklahoma was actually $465 Million.

The miscalculation brought an outcry among Oklahoma state attorneys, mental health specialists, and addiction experts. All claim that the true cost of the opioid crisis is much higher than $572 million, and will take at least 20 years to resolve.

After this surprising announcement, we decided to try to answer these questions: What are the latest cost estimates of the opioid crisis, and how do they correlate to the judgment awarded in Oklahoma? Our guests on today’s episode, Dale Hall and Dr. Christopher Ruhm, share the results of their research.

Together, they detail the massive financial burden Big Pharma has placed on our country and break down the judge’s award against Johnson & Johnson. 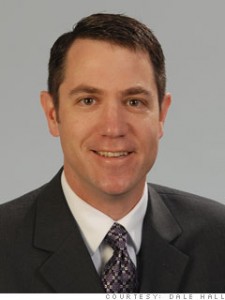 Dale Hall R. Dale Hall, FSA, CERA, CFA, MAAA, is managing director of Research for the Society of Actuaries (SOA), a position he has held since December 2013. In his role, Hall coordinates the SOA’s strategic research partnerships, oversees SOA experience studies, coordinates research across the SOA’s wide variety of actuarial practice areas, and directs the SOA’s data-driven in-house research initiatives. He is a frequent speaker at insurance and retirement industry meetings to highlight SOA research, including presentations to the actuarial task forces of the National Association of Insurance Commissioners and testimony to the House Ways and Means Subcommittee on Select Revenue Measures on pension plan mortality rates. 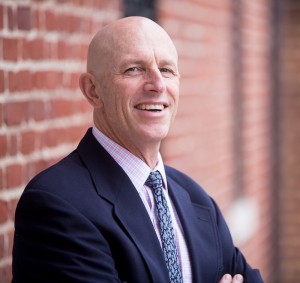 Dr. Christopher Ruhm is a Professor of Public Policy & Economics at the University of Virginia.  He received his doctorate in economics from the University of California at Berkeley in 1984.  Prior to joining UVA, in 2010, he held faculty positions at the University of North Carolina at Greensboro and Boston University, and was a Postdoctoral Research Fellow at Brandeis University.  During the 1996-97 academic year he served as Senior Economist on President Clinton’s Council of Economic Advisers, where his main responsibilities were in the areas of health policy, aging and labor market issues. He is currently a Research Associate in the Health Economics, Health Care Policy, and Children’s Programs of the National Bureau of Economic Research and a Research Fellow at the Institute for the Study of Labor (IZA) in Germany.