Greg interviews Rick Maese, a sports features writer for The Washington Post. The Washington Post has had an interest in football and the health and safety issues within the sport for many years. In a recent article about the National Football League’s (NFL) abuse of painkillers, Rick did extensive reporting and research on NFL team doctors. In the article, published on March 9, 2017, he discusses what he found about the prescription of opioids to keep players on the field.

Greg asks Rick to expand on his findings within sealed court documents in a federal lawsuit by former NFL players. Rick begins by discussing how a glitch in filing secret information allowed him to see “under the hood” of NFL practices. He shares what the documents revealed, specifically citing teams taking opioids on the road and overprescribing pain killers to players. He goes on to discuss what the concerning amount given to players really means. “The [high dose of pain killers] illustrates that there is pain involved in the National Football League,” says Rick. “The pain that they receive from those heavy hits lingers…It doesn’t just linger that day, or Monday when they wake up. It lingers years after they leave the game.”

Listen to the podcast to discover how the NFL is trying minimize the pain on the field and utilize alternative treatments. 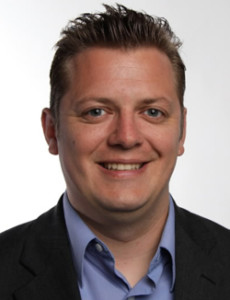 Rick Maese is a sports features writer for the Washington Post. A New Mexico native who now makes his home on Capitol Hill, Maese previously wrote for the Baltimore Sun, the Orlando Sentinel and The Albuquerque Tribune. Maese, who graduated from the University of New Mexico, has covered several Olympics, Super Bowls, World Series and most every other major sporting event. He has been writing about the NFL and football-related issues for the past 15 years.