Greg interviews John Tharp, a sheriff in Lucas County, Ohio, responsible for launching the Drug Abuse Response Team (D.A.R.T.). Founded in 2014, the D.A.R.T. program aims to make a difference in the opioid epidemic in Western Ohio by aiding in the treatment, education, and support of those suffering from substance abuse, as well as their family and friends.

Greg asks Sheriff Tharp about the challenge of bringing in support from the families of those struggling with addiction when many of them have burnt bridges.  Sheriff Tharp explains that though many substance abusers have injured familial ties with their addiction, many families still love them and simply want them to get better.  “People that have burnt bridges with their mothers, their fathers, their sisters, their brothers, their wives, or husbands – those people still love them… and they want the best for their family.” However, Tharp also remarks that not every family feels similarly – some want to cut ties completely. “There are families that are thinking that [the] entire family would be better off if that person was dead…They’ve stolen from them, they’ve ripped them off, they’ve done so much… so many families have washed their hands of the family member that is addicted.” Still, as Sheriff Tharp shares, there’s always a chance, “when we approach the family, and talk to [them], we tell them what we are doing with their loved one and how we can help. We can just see the eyes in the faces… that something’s come to them. How lucky they are to have somebody to be able to step up [and] help their loved ones. So then we build this relationship back again.”

Listen to the podcast to discover how D.A.R.T. moves beyond the family and into the community to further education and support for those hurt by addiction. 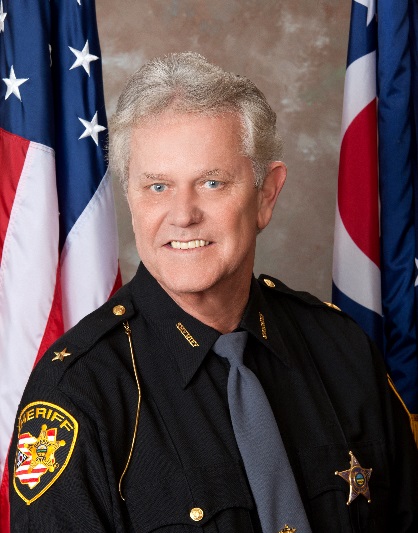 John Tharp was sworn in as the 45th Sheriff of Lucas County, Ohio, on January 7, 2013.  Being elected Sheriff culminated his many years of law enforcement experience, beginning with his 25 year career with the Toledo Police Division.  During his tenure with the Toledo Police Division, Sheriff Tharp was assigned to Field Operations, Narcotics Squad, Drug Task Force, and the Homicide Squad.  Sheriff Tharp was raised in Toledo, Ohio.  He graduated from Libbey High School and continued his studies at the University of Toledo, where he earned Bachelor and Master’s degrees in Education.

In 1997, Sheriff Tharp began his career with the Lucas County Sheriff’s Office.  Initially named the Director of Court Services, he subsequently became the Commander of the Administrative Services Section.  Included in his duties were assignments to Homeland Security, Great Lakes Northern Border Initiation, Joint Terrorism Task Force, and the Lucas County Joint Task Force. Sheriff Tharp’s service to his country is one of his proudest achievements.  Serving his Country in the United States Army, Sheriff Tharp was a Combat Medic during the Vietnam War.  As a result of this service, he was awarded the Bronze Star.

Community Service has been an important part of Sheriff Tharp’s life.  Involvement in organizations such as the Old Newsboys Goodfellows Association, The Police Athletic League (PAL), and Read for Literacy are just a few examples of his commitment to the area’s youth and senior population. In July of 2014, Sheriff Tharp launched an addiction unit, the first of its kind in the nation, to work with heroin overdose victims and their families.  Attorney General Mike DeWine designated the unit a statewide model and pilot program.  The addiction resource unit was recently named D.A.R.T., or Drug Abuse Response Team.