The First Agency to Sound The Alarm

While many people in power ignored the mounting evidence of the Opioid Crisis, one leader refused to turn a blind eye.

In 2009, fresh from seven years as NYC’s health commissioner, Dr. Tom Frieden, president, and CEO of Resolve to Save Lives was appointed a director of the Center for Disease Control (CDC) by president Obama.

Dr. Frieden immediately got to work and started by wading through eight-hundred-pages of Health Statistics Us.
To say he was stunned by what he found is an understatement.

The number of lives lost at the hands of opioids was comparable to that of AIDS in Africa, the 1918 influenza pandemic, or a war.

Fifteen thousand people died from prescription painkiller overdoses in 2010 alone, and enough narcotics were prescribed to give every adult in America over a month’s worth of pills.

One thing was clear. There weren’t just a few careless people dying of overdoses. America was facing an epidemic, and big pharma was pulling the strings.

Today, Dr. Frieden joins us to share his insights from his watch as Director of the CDC and his perspective on the state of the opioid epidemic today.

For our in-depth discussion with the former director of the CDC, the first to recognize the opioid crisis for what it is… an epidemic, listen to today’s podcast. 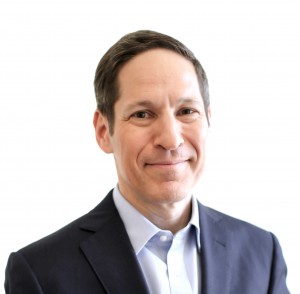 Dr. Tom Frieden is one of the world’s leading public health experts. Dr. Frieden is President and Chief Executive Officer of Resolve to Save Lives, a $225 million, 5-year initiative housed at Vital Strategies, a non-profit global health organization working toward the vision that all people are protected by a strong public health system. The Resolve to Save Lives initiative aims to save millions of lives from cardiovascular disease and make the world safer from epidemics. Resolve to Save Lives is funded by Bloomberg Philanthropies, the Chan Zuckerberg Initiative, and the Bill & Melinda Gates Foundation.

Dr. Frieden was Director of the Centers for Disease Control and Prevention (CDC) from 2009 to 2017, and led the CDC work that helped end the Ebola epidemic. Over the course of his career, he controlled the largest outbreak of multi-drug resistant tuberculosis ever to occur in the United States, helped establish the largest tuberculosis control program in the world in India, and directed efforts on several public health issues that led to a rapid increase in life expectancy in New York City.

Because of his leadership at CDC, Americans are safer from antibiotic resistance, foodborne and healthcare-associated infections, heart attacks, strokes, cancer, and exposure to dangerous pathogens. A physician trained in internal medicine, infectious diseases, public health, and epidemiology, Frieden has published cutting-edge, widely cited research on a broad range of topics. He has transformed the organizations he has led, creating global models of scientific rigor, maximum accountability, measurable impact, community engagement and increased staff morale.

Dr. Frieden also designed and launched Bloomberg Philanthropies’ Initiative to Reduce Tobacco Use, a program that has so far supported policies which have saved 30 million lives, with much more life-saving potential ahead.

Dr. Frieden received medical and public health degrees from Columbia University, completed infectious disease Fellowship at Yale University, and was an Epidemic Intelligence Service Officer at CDC. He is the author of over 200 scientific publications.

The Hill: Federal Government Must Act Now to Reverse the Opioid Addiction Epidemic