EP. 273 – The Mastermind Behind the World’s Largest Online Drug Cartel

The Mastermind Behind the World’s Largest Online Drug Cartel

Since 1995, when the FDA approved OxyContin, igniting an opioid crisis, many bad actors have emerged willing to do almost anything to make a buck off the insatiable demand for opioids in our country. But none less known, and more destructive than Paul Le Roux.

Born in Zimbabwe, Le Roux was a loner who became an expert software developer. Then, in 2004 he launched what would become the largest network of internet pharmacies in the world, supplying painkillers to millions of Americans each year.

At the height of his operation, Le Roux was distributing up to 100 million doses of painkillers, roughly 25 percent of the annual volume of national drug store chains like Rite Aid.

While LeRoux stayed largely under the radar, in 2014, he caught the attention of award-winning investigative journalist Evan Ratliff, launching his research into LeRoux’s little-known underworld.

Over the next 4 years, Ratliff wrote: “The Mastermind: Drugs. Empire. Murder. Betrayal. The incredible true story of the decade-long quest to bring down Paul Le Roux—the creator of a frighteningly powerful Internet-enabled cartel who merged the ruthlessness of a drug lord with the technological savvy of a Silicon Valley entrepreneur.”

Joining us on today’s podcast, Evan Ratliff shares Paul Le Roux’s improbable story and his influence on the opioid epidemic. 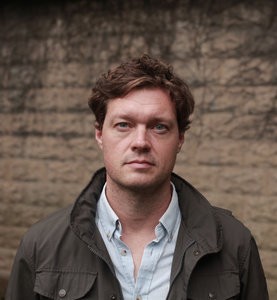 Evan Ratliff is an award-winning journalist and the author of The Mastermind: Drugs, Empire, Murder, Betrayal. A longtime contributor to Wired, The New Yorker, National Geographic, and other magazines, he is a two-time finalist for both the National Magazine Awards and the Livingston Awards, and his writing has featured in multiple Best American collections. His 2009 Wired cover story “Vanish,” about his attempt to disappear and the public’s effort to find him, was selected by the magazine as one of the twenty-five best stories in its twenty-five year history. He is the co-founder and former editor in chief of the National Magazine Award- and Emmy-nominated Atavist Magazine, currently co-hosts the Longform podcast, and was a founding editor of Pop-Up Magazine, a live event that sells out around the country. He is the co-author of Safe: The Race to Protect Ourselves in a Newly Dangerous World, about innovation and counterterrorism, and the editor of the collection Love and Ruin: Tales of Obsession, Danger, and Heartbreak, from The Atavist Magazine. 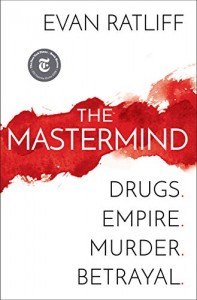 Where the Pain Pills Went: Drilling into the DEA’s pain pill database – The Washington Post