Greg interviews Rosalie Canfield, the Director of Operations for Hope Over Heroin. Hope Over Heroin is a collaborative, faith-based organization that aims to unite addiction and recovery resources in one location, so that those suffering from substance abuse disorders can find the help they need.

Greg asks Rosalie about how Hope Over Heroin and it’s events came into existence. She states that the first event came about in 2014 as a result of 14 separate overdoses in one funeral home, over one week. This led to a group of pastors deciding they needed to take action. “Several of the pastors in the community decided the church needed to be involved – that this was their city, these were their young people… They called for a meeting with pastors and business leaders and out of that was born the first Hope Over Heroin event.” Rosalie further explains that the event is more than just testimonies and preaching, but a kind of concert.  “It’s music, it’s testimony – it’s all geared towards attracting those who would otherwise not want to hear a message from a pastor. [The pastors] really believe that they were led to take the church to the streets, and that’s what they did.”

Listen to the podcast to discover how these Hope Over Heroin events involve more than just the church, but recovery agencies and people touched by the opioid epidemic in hopes of combating the growing heroin crisis in their state and beyond. 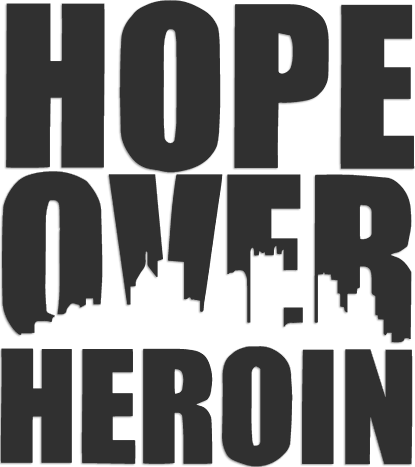 About Hope Over Heroin

After over 14 heroin deaths occurred in one week in Hamilton County, Ohio, four Pastors were compelled to bring the Gospel to the streets and launched what would later be known as Hope Over Heroin’s first outreach in the summer of 2014. Prayer warriors were mobilized, community compassion evangelism began, and the church was brought to where addicts and families most impacted from the Heroin/Opiate Epidemic lived. Explosive growth has occurred since that time with thousands of lives transformed .

Hope Over Heroin is a collaborative faith-based ministry believing in and witnessing the power of the Gospel of Jesus Christ to change lives.  While we are a faith-based organization, we recognize the importance of every resource that makes up a community’s fight against addiction. There is no singular solution.

Our greatest strength is and continues to be uniting dozens of addiction and grief recovery resources at one location providing instant accessibility for those in urgent need in each community visited.