Greg interviews Sam Quinones, author of the best-selling book Dreamland. A true tale of America’s opioid epidemic, Dreamland is a poignant and insightful narrative of the current threat sweeping the nation. Sam shares a story of a community pool he encountered in Portsmouth, Ohio to explain why the book is named Dreamland. “I began to hear stories of this gorgeous pool that held the community together. It acted as a babysitter and class distinctions almost faded, because everyone looked the same in a swimsuit. The name of the pool was Dreamland,” says Sam. “It was almost a stand-in for the communities we’ve destroyed in so many parts of the country. When jobs left the community, the pool was replaced by a strip mall.”

Sam strongly feels that oxycodone is the reason for America’s opioid epidemic. “We wouldn’t have the intense heroin problem that we have today, without the cheap heroin from Mexico and Colombia,” says Sam. He explains that because people start on the pills, there are no social barriers within the epidemic. “All that stigma and fear of needles fades away because the addiction is so domineering. Opioid addiction today is one of the most potent threats to personal freedom that we have in America,” says Sam.

He goes on to explain just how the affordable Mexican dealers set up shop in America. He says that essentially people help them, since they often don’t know how to speak English or where to go. “The addicts befriended them and opened up the markets to them. They developed their own system for selling by giving out free samples and standing outside of methadone clinics,” says Sam.

Listen to the podcast to hear how the dealers used a “pizza delivery system” to hook people, how we can join the fight against the opioid epidemic and how the epidemic has changed since he wrote Dreamland. 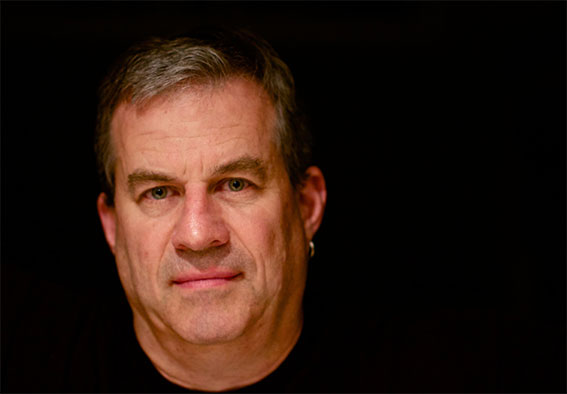 Sam Quinones is a Los Angeles-based freelance journalist and author of three books of narrative nonfiction. His latest book is Dreamland: The True Tale of America’s Opiate Epidemic (Bloomsbury, 2015), for which he traveled across the United States.

Dreamland recounts twin stories of drug marketing in the 21st Century: A pharmaceutical corporation flogs its legal new opiate prescription painkiller as nonaddictive. Meanwhile, immigrants from a small town in Nayarit, Mexico devise a method for retailing black-tar heroin like pizza in the US, and take that system nationwide, riding a wave of addiction to prescription pills from coast to coast. The collision of those two forces has led to America’s deadliest drug scourge in modern times.

Dreamland was selected as one of the Best books of 2015 by Amazon.com, Slate.com, the Daily Beast, Buzzfeed, Seattle Times, Boston Globe, St. Louis Post-Dispatch, Entertainment Weekly, Audible, and in the Wall Street Journal and Bloomberg Business by Nobel economics laureate, Prof. Angus Deaton, of Princeton University.

Quinones’ previous two highly acclaimed books grew from his 10 years living and working as a freelance writer in Mexico (1994-2004).

True Tales From Another Mexico: The Lynch Mob, the Popsicle Kings, Chalino and the Bronx was released in 2001. It is a cult classic of a book from Mexico’s vital margins – stories of drag queens and Oaxacan Indian basketball players, popsicle makers and telenovela stars, migrants, farm workers, a narcosaint, a slain drug balladeer, a slum boss, and a doomed tough guy.

In 2007, he came out with Antonio’s Gun and Delfino’s Dream: True Tales of Mexican Migration. In it, Quinones narrates the saga of the Henry Ford of Velvet Painting, and of how an opera scene emerged in Tijuana, and how a Zacatecan taco empire formed in Chicago. He tells the tale of the Tomato King, of a high-school soccer season in Kansas, and of Mexican corruption in a small LA County town. Threading through the book are three tales of a modern Mexican Huck Finn. Quinones ends the collection in a chapter called “Leaving Mexico” with his harrowing tangle with the Narco-Mennonites of Chihuahua.

Sam Quinones is formerly a reporter with the L.A. Times, where he worked for 10 years (2004-2014).  He is a veteran reporter on immigration, gangs, drug trafficking, the border. 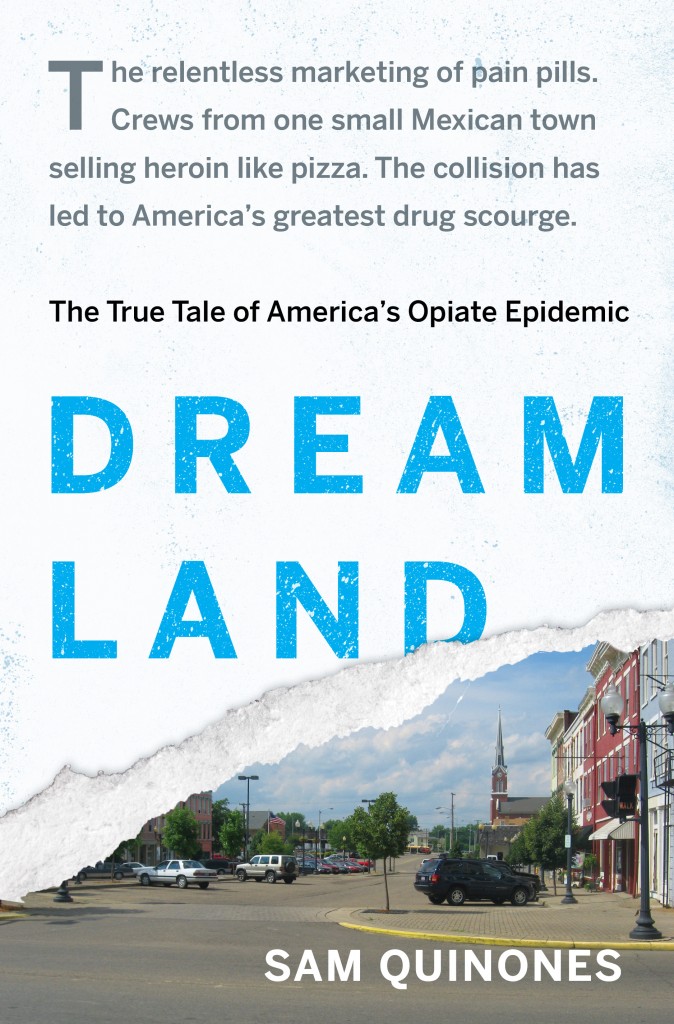