Greg interviews Eric Eyre, a Journalist at Charleston Gazette-Mail. Eric reports on healthcare issues, including the current opioid epidemic sweeping across the nation and more specifically in West Virginia. In December of 2015, he wrote an article on opioid distribution in West Virginia. His team analyzed opioid shipments between 2007 and 2012. Through this deep research, they learned that wholesalers shipped enough opioids to supply every man, woman and child with 433 pills during that time period.

Eric notes that many of the largest shipments went to mom-and-pop drug stores in rural communities. He discusses one striking case discovered among these independently owned stores. “In Kermit, West Virginia, a single pharmacy was shipped almost 9 million hydrocodone over a period of just 2 years,” says Eric. “The town has a population of 382 people.” says Eric. He explains that Kermit is located in Mingo County, a county with one of the highest overdose death rates in the nation.

Listen to the podcast to hear who the highly-profitable drug companies blame for the recent increase in overdoses and Eric’s outlook on the opioid epidemic. 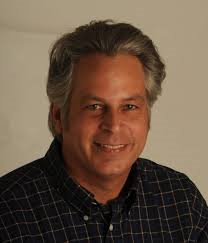 Eric Eyre is a statehouse reporter for the Charleston (W.Va.) Gazette-Mail. He joined the newspaper in 1998, after working as an intern at the Tampa Bay Times. At the Gazette-Mail, he has covered education, health and business. Eyre’s work has won several national awards, including the Investigative Reporters & Editors (IRE) Medal, Fred M. Hechinger Grand Prize in Education Reporting from Education Writers Association, National Headliners Award, Society of American Business Editors and Writers award, Gerald Loeb Award for business writing, and an Association of Health Care Journalists award.

He also was the recipient of a Kaiser Family Foundation fellowship. His investigative stories have mostly spotlighted issues in rural West Virginia communities. A native of Broad Axe, Pa., Eyre graduated from Loyola University of New Orleans and received a master’s degree from the University of South Florida while on a Poynter Fund Fellowship.