Ep. 66 – How a Company Reaped Billions at the Cost of Hundreds of Lives: Harriet Ryan, LA Times

Greg interviews Harriet Ryan, an investigative reporter at the Los Angeles Times who frequently writes about the opioid epidemic. On January 19, 2017, Harriet wrote an article about a recent lawsuit in the city of Everett—located just north of Seattle, Washington. The city was prompted to sue the drug producer Purdue Pharma after reviewing another article published by Ryan last year, in which she describes how the company illegally trafficked opioids at the risk of citizens’ welfare.

Harriet says that her investigation found the roots of the issue: dirty physicians and pharmacies. She goes on to say why Purdue Pharma waited to disclose findings of these dirty physicians and pharmacies, rather than reporting them immediately. “It wasn’t treated like the emergency it was,” says Harriet. “There was a concern that if [Purdue Pharma] went to authorities, it would draw attention…It would make the company look bad.”

Listen to the podcast to discover what percentage of dirty doctors were ultimately reported by Purdue Pharma and how Everett plans to proceed with the case against the massive drug manufacturer. 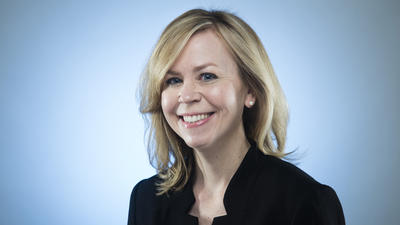 Harriet Ryan is an investigative reporter for the Los Angeles Times. Since joining the paper in 2008, she has written about high-profile people, including Phil Spector, Michael Jackson and Britney Spears, and institutions, including the Catholic Church, the Kabbalah Centre and Purdue Pharma, the manufacturer of OxyContin. She previously worked at Court TV and the Asbury Park Press. She is a graduate of Columbia University.