Ohio has one of the highest opioid overdose death rates in the entire nation. Despite research from the Ohio Opioid Education Alliance revealing that most Ohio parents are aware of this, they still underestimate the risk opioids pose to their children and family.

To counteract this “not my kid” mindset, the Alliance brought it to life in their public awareness campaign, “Don’t live in Denial, Ohio.”

In the imaginary town of Denial, parents are constantly overlooking important preventative measures to keep their kids safe from addiction.

Last year Greg sat down with the President of the Nationwide Insurance Foundation, Chad Jester, who introduced the program in episode 214 of the Cover2 PPT Podcast series.

In today’s podcast, Chad returns to share the success of the program and the plans to spread it throughout Ohio in the coming year.

Join us for today’s podcast where returning guest Chad Jester shares the results of the “Living in Denial, Ohio” public awareness campaign.

If you’d like to learn more about the Ohio Opioid Education Alliance or become a member, go to their website: dontliveindenial.org. 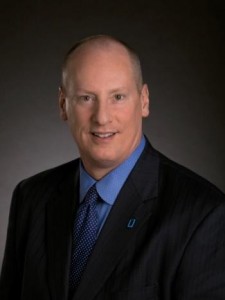 Chad’s Nationwide career began in 1992 during which time he has served in several Corporate Citizenship and Public Affairs positions. Prior to joining Nationwide, Chad was in public service with the City of Columbus, Office of the Mayor and Columbus City Council.

With an ongoing dedication to community service, Chad is active with a variety of local and national nonprofit organizations. His current board service includes:

– Community Shelter Board (Past Chair)

– The Conference Board Contributions Council

Chad earned a bachelor’s degree in political science and history from Miami University in Oxford, Ohio.